How can you be a red-blooded MAN in today’s social and dating scene – the man women want – without either coming across as a jerk or aggressive orifice…? 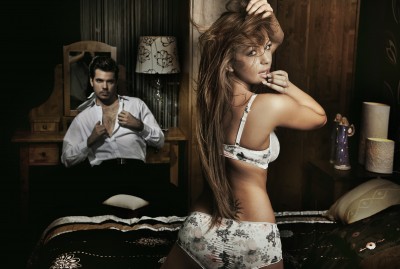 I am having major ‘in head’ and what little heart I have battles with the aspect of what is a healthy STRONG ALPHA MALE.

As per Carlos Xuma’s description:

“You see, by being nice, we’re actually doing the WRONG thing for women.

What Nice Guys have got to do is bring out this “nice” quality WITH our innate DOMINANCE.

Women need to see guys who are capable of being STRONG and protecting them, not giving up their Alpha Male Power to women. They have to learn how to mix in the assertive behaviors that will show women that we are fit to be their mates. And this means short term as well as long term.

Women want STRONG Alpha Men. Guys who can lead them and protect them.” So let’s step back from the picture and then sharpen the focus.

You said: “How can a man be STRONG ALPHA MAN with innate DOMINANCE not be aggressive towards other males at times?”

Which I interpret further to mean that THIS is probably the essence of your question:

“How can you be a red-blooded MAN in today’s social and dating scene – the man women want – without either coming across as a jerk or aggressive ass…?”

I get that question quite a bit from guys who are new to some of the things I teach. Let me lay it out for you very simply:

There is a spectrum of behaviors you can engage in.

On one side is the aggressive and often Jerk-ish behavior some guys engage in. (Though far fewer than you might think.)

On the other side of the spectrum is the wussy, supplicating, nice guy behavior that a great many more guys are using in an attempt to meet a woman’s expectations.

In between is a variety of behaviors – from “easy going” to “assertive.”

A healthy man will swing – like a pendulum – between these two extremes. Sometimes more “aggressive”, sometimes a bit more passive.

If he’s “stuck” on any particular place on this range of behaviors, that’s most likely the problem to be dealt with. A healthy Alpha Man can vary his response depending on the situation.

The key here is really easy: Whenever you find yourself pushing that pendulum over on purpose to the nice guy side because you want a woman to perceive you as more agreeable and likeable – and to win her attention… when you do that, you’re doing the WRONG thing. And if you do the opposite, again just to meet a woman’s expectations or win approval, it’s never going to resonate as truth to a woman.

In answer to your question about dominance expressing itself as aggressiveness towards other men, you’re right on. Sometimes you will be aggressive!

Aggressiveness is sometimes called for. (Even though society would often like you to remain calm and dead inside.) If it’s too much, then you rein it in and control it the next time.

But there is a cool, calm, emotional authority that I call Alpha Assertiveness – and THAT is where you want to respond from.

You don’t let your ego run amok. And you don’t put on a false front just to avoid “rocking the boat.”

You’re in line with your own passion and purpose (which you should know BEFORE you stand in front of a woman hoping to turn her on.)

Conflict on a date is probably not going to serve you. But constructive, well meaning sexual tension WILL.

And that sometimes means being willing to push back – in a good natured way – to a woman’s demands.

The difference between the two is best learned in the mosh pit of dating. Don’t try to figure it all out before you go interact with women.

Another easy rule of thumb is that if you feel your emotions turning into an erupting volcano, where you feel like your manhood and ego are on the line, you’re probably not responding with that cool calm Alpha Power.

Alpha Masculinity isn’t flustered by the misguided and confusing messages you get in the sexual marketplace each day. And when you see through that “Matrix”, you’ll understand when and how to challenge a woman back – without the confusion.

It’s not something you get in a clever one-line quote.

It’s something you realize when you understand that being a man is heading toward your passion first, and then seeing which women are smart enough to jump on board…

Discover all the secrets of the Alpha Man’s power and dominance.