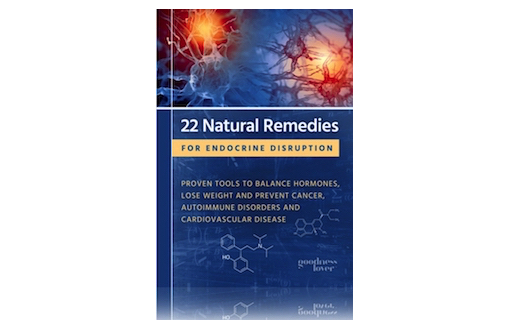 Your plastic water bottles, food cans, contact lenses, shower curtains, piping and receipts all have one thing in common…

They contain cancer-causing, ‘gender-bending’ chemicals that are turning boys into girls… And giving girls all kinds of hormone issues.

BPA —is sometimes referred to as the  ‘gender-bending’ chemical — because it looks so much like estrogen in its genetic makeup.

Once BPA enters your bloodstream, your body starts thinking it’s estrogen and processes it like one.

Too much estrogen in the body has been linked to chronic conditions like anxiety, depression, obesity, cardiovascular disease, and even cancer.

That’s why there was so much fury over BPA in the 90s and early 2000s that led to its ban in multiple countries.

In Dec 2019, The Lancet Diabetes & Endocrinology found that BPA levels are actually up to 44 times higher than what regulators deem safe!

BUT if you think ‘BPA-free’ packaging will save you… think again!

Scientists are now saying that the alphabet soup of BPA-alternatives, BPS, BPF, BPAF, BPZ, BPP, BHPF, could be worse than BPA.

We cannot expect manufacturers to suddenly stop their use.

This is why I’d like to share this invaluable resource with you called “22 Natural Remedies for Endocrine Disruption”.

And do you know what makes this perhaps the greatest human rights issue that we have ever faced?

There is no time left.

These chemicals are already inside your homes right now

Act now and remove yourself from this horrifying experiment on your health.

So get your copy of “22 Natural Remedies for Endocrine Disruption” here while it’s still free.