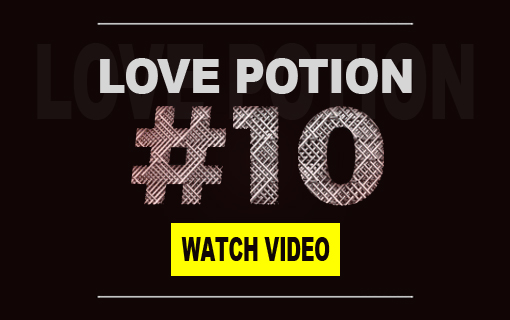 “The most exciting news about sex in years.”

People are raving about pheromones.

It’s a funny thing too, because one of my guy friends said that he tried one last month.

As a result, his wife couldn’t stop reminding him about how thoughtful, charming, and hot he was to her.

That she adored him for being the man in her life.

He lost count of how many compliments he got from her each day.

And the sex was hotter and more frequent than ever.

In his own words, “It’s like a love potion. But instead of tricking my wife into drinking it, you just put a dab of it on you and it starts working in subtle ways. I don’t even need to put in any more effort.”

That’s good and all, but I had to correct his ways.

The slight hiccup with it is that it might give people the idea that they can stop putting any effort into their relationship.

Just because you have a “done for you” seduction potion doesn’t mean you should overlook being nice, thoughtful, sweet, loving and PRESENT with your woman.

And if you’re single, it doesn’t mean you should just dab some on and let it do all the work.

Part of the thrill of dating and relationships is the chase, the romancing, the sweet-talking, the seduction, foreplay and the steamy, hot lovemaking.

Whether you’re single, in a relationship, or married.

Pheromone Advantage gives you the edge, but you should still be PRESENT for your partner to truly take the sexual energy you both have for each other into the stratosphere.

Dr. Drew Amend has been a friend of mine for a long time now. I’ve recommended his Pheromone Advantage formulation for years.

It does NOT work for all men. It’s weird. Some guys rave about it and wear it everyday.

It’s one of those things you have to “go with your gut.”

I think part of why it works for some men is that it makes them feel more desire potential when they are wearing it.

They get a little closer.

The twinkle in their eye is the first thing that catches their woman’s attraction.

And when she catches a whiff of the pheromones, his body can feel her body’s response, even if he’s not consciously aware.

⇐ Your Unfair Edge Over A Woman’s Natural Sexual Desires